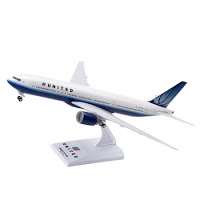 From the New York Times “In Transit” blog:

If the scenes of the devastation from the tsunami and earthquake and nuclear crises weren’t enough to motivate you to give to the Red Cross relief efforts, United and Continental Airlines have come up with another enticement: frequent flier miles.The two airlines, now owned by one holding company, are offering 250 bonus miles to people in their frequent flier programs who give $50 to the Red Cross through April 30 and 500 bonus miles to those who give $100 or more.The program, which began March 15, helped spur $1 million in donations in a day, according to United Continental Holdings, leading the company to increase its initial commitment to give five million miles toward the program to eight million.Donors are credited only once — giving $800 in $100 increments won’t get you 4,000 bonus miles. But if you do want to give more, the airlines are also offering frequent fliers a chance to donate up to 1,000 miles to various relief agencies.