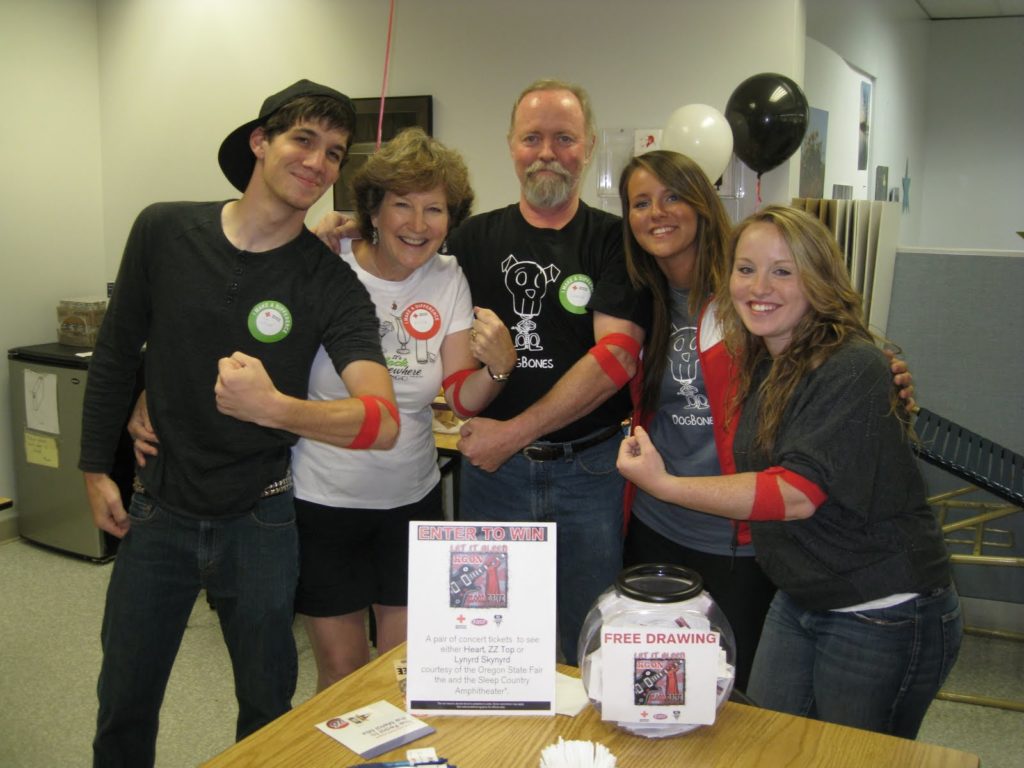 Kelsey Harris: star athlete; good friend; attentive student; teenage driver. She was on her way to school one day in Milwaukie, Oregon when she got into a serious car accident. As a result of her injuries, Kelsey needed type O negative blood, the “universal” blood type.

Kelsey thankfully made a full recovery with only a few scars to show for it. Before her accident, she hated needles and would never voluntarily go near them. However, after the crash led to receiving blood transfusions, she was able to overcome her fear.

Kelsey is excited to donate as frequently as possible. Her traumatic experience has translated into inspiration and her entire family now donates. Furthermore, Kelsey’s father is a physician and all of her family members (except her mother) are type O negative donors! The family has come in to give blood together at events like the annual KGON blood drive (shown in photo). They are grateful for the donors that helped Kelsey make a recovery and want to give back.

Kenzie, Kelsey’s sister, was even awarded the 2011 Academic Award of the Year at La Salle High School for her persuasive speech about the importance of donating blood. Kenzie said that had her sister been in a more serious car accident that day, she would have lost far more blood. “Without the help from those donors,” Kenzie said, “Kelsey Harris, my sister, might not be alive today.”