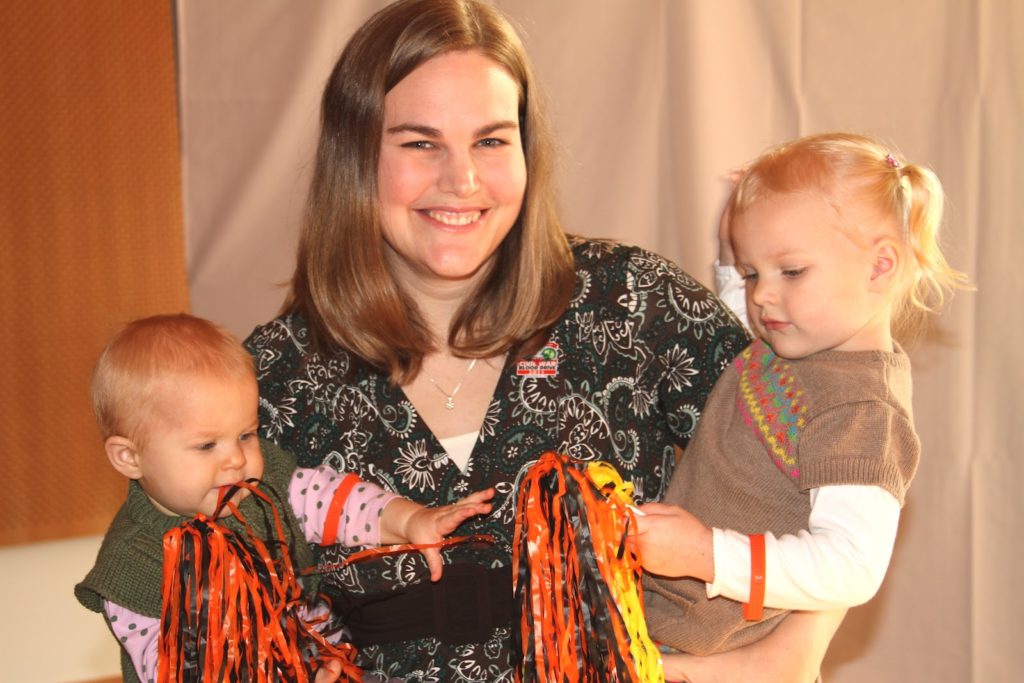 It was the day after Thanksgiving three years ago when Virginia and her family were driving home from the holiday. As she recalls it, what happened next came so fast, Virginia said “I just remember all the blood lost and thinking how vital it is.” She had begun hemorrhaging due to a retained placenta; Virginia was suffering from Pre-Eclampsia and the placenta had calcified and broke into pieces after their daughter was born.

“It was my first pregnancy, and because I’d had bleeding before, I didn’t understand that my situation was uncommon,” Virginia said. Her family was traveling south to Corvallis from Astoria, and were forced to rush Virginia to Good Samaritan Hospital, as her bleeding refused to stop. In the emergency room, with her six-week old newborn, Virginia passed clots and thankfully the bleeding subsided. This first trip to the ER resulted in emergency dilation and curettage to remove the placenta. She was hemorrhaging blood so bad that four transfusion IV’s were needed simultaneously, one in each arm and hand.

“For the first time in my life, I realized I might need blood,” Virginia said. “And after receiving a transfusion, I always tell people you truly never know.”

Virginia’s statement certainly held true for her, as the need for blood resurfaced during the birth of her second child, in January 2011. An emergency C-section became necessary, and once the successful delivery occurred, Virginia was left with hemorrhaging induced from Placenta Accreta, a condition where the placenta grows into the uterus lining during pregnancy, and it is unable to detach. Doctors had to basically scrape away the lining of her uterus, as the bleeding was not subsiding.

As the loss of blood continued to rush out of her body, Virginia’s life at risk and precipitiously endangered, she recalls specifically hearing the doctors shout “Get the husband out now” as emergency transfusion treatments of blood and plasma aided in the surgical removal of the placenta.

Virginia described the trauma as feeling like “one step away from a hysterectomy” and said “It’s terrifying, not knowing if you’ll be able to nurse your child, or ever get pregnant again.”

The bleeding finally stopped and both mother and child were safely on the road to recovery. After two life-threatening emergencies for Virginia and her two daughters, she is quick to state that “You can never say ‘I had my time’ when it comes to needing blood.”

Virginia is so grateful for her daughters and her lives being saved and she said “I am excited to share this story, if just one person might benefit from reading it and decides to donate.”