Skip to content
January 15,
2018, will celebrate Martin Luther King, Jr.’s 89th birthday. Dr.
King spent his days spreading the word of peace and acceptance to all and for
all and fighting for justice. It is from his leadership, his words and acts of
nonviolence that we look to honor him each year in service. 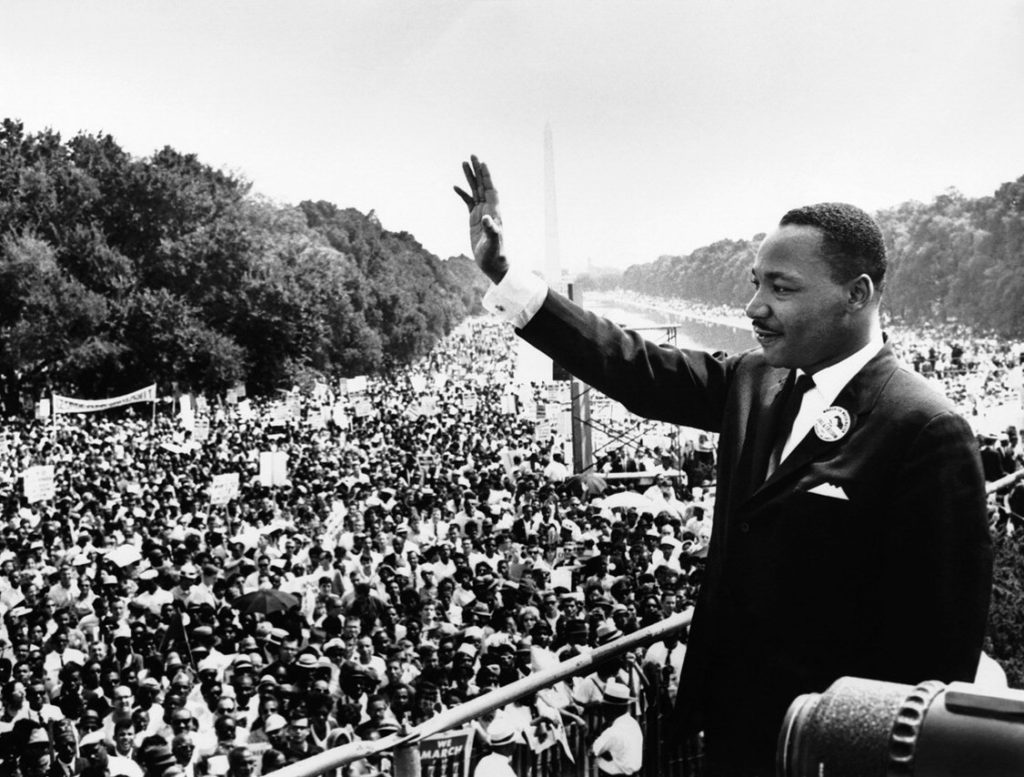 Dr. King made
history and secured a spot as one of the key figures in the Civil Rights
Movement early in his life. His first triumph is remembered as he became leader
of the Montgomery Bus Boycott in 1955. It was during this peaceful protest that
Rosa Parks held her seat in an act of nonviolence on a bus in Alabama. Her
arrest was only the beginning of a 381-day strike to end segregation in
transportation.
Dr. King’s next
acts in 1963 continued to make milestones in the Civil Rights Movement. It
started with his “Letter from Birmingham Jail.” In his letter Dr. King lays out
his plans, “(1) collection of the facts to determine whether injustices are
alive; (2) negotiation; (3) self-purification; and (4) direct action.” The
letter was drafted from inside his cell, where he was locked up for
participation in nonviolent protest against segregation. The letter was his
response to those concerned about the consequences of his actions and any
participating in the Civil Rights Movement. The letter, however, was only the start
of 1963.
Later that year, Dr. King with thousands of Americans
held a March for Jobs and Freedom, otherwise known as the March on Washington. It
is here Dr. King gave his stirring “I Have a Dream” speech as he stood across
from the Reflecting Pool and Washington Monument. His dreams continued their
course for reality.
These speeches cemented
Dr. King’s position as a leader, forcing the hand of injustice. In response to
the March on Washington, Congress passed the Civil Rights Act the following
year, a victory for Dr. King and the Civil Rights Movement.
Dr. King was also awarded the Nobel Prize in
1964 for all the work he did as a leader of the movement. At the time he was
only 35 years old, making him the youngest man to receive the honor. Here he
gave yet another notable speech in acceptance of the award.
In his later
years, Dr. King served to fight for economic justice. He believed a better
community could be accomplished through the work of all individuals. It was
during these campaigns that Dr. King was shot. He had traveled to Memphis to
lead workers in protest of low wages and unjust working conditions.
Now every third
Monday of January, Dr. King is honored for his lifetime serving his community
and country. In 1994, almost 10 years after making it a federal holiday, many
looked for a way to remember and celebrate all of what Martin Luther King, Jr. stood
for. To do so, Congress decided to make the day a day of service. On this day, it
is dreamt all individuals will come together and work to strengthen and provide
solutions to problems within their community and to continue Dr. King’s legacy.

In support of
this mission, AmeriCorps members of the American Red Cross have put together a
day of service event.  There are more than 60 volunteers who will be joining the Red Cross to commemorate Martin Luther King, Jr.’s
historic legacy. 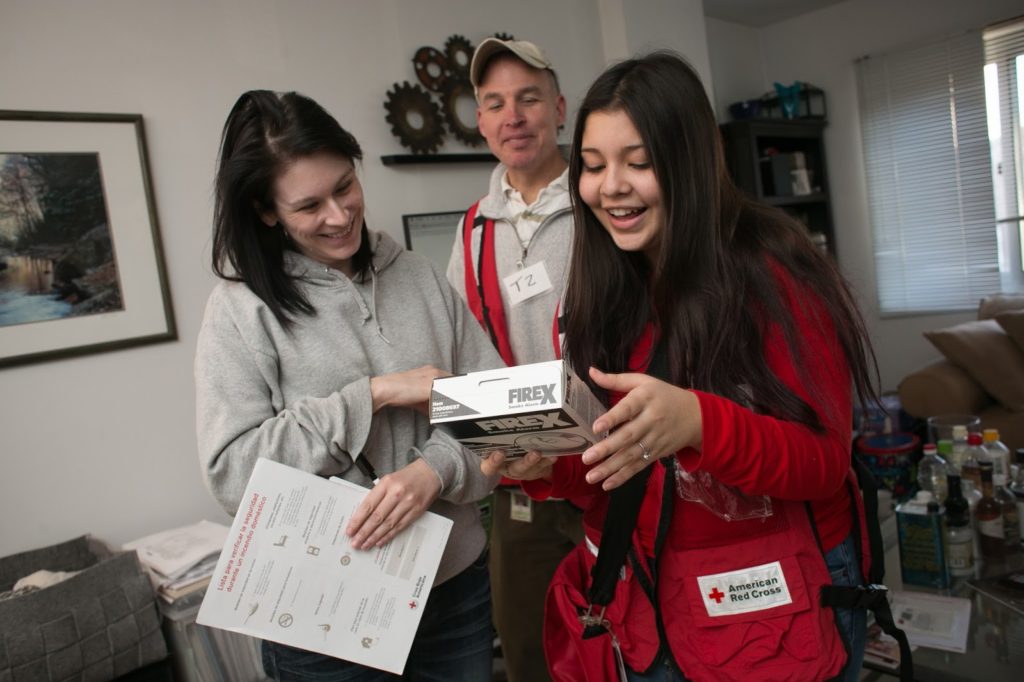 Starting at 9:00 a.m. on January 15, 2018, teams of volunteers will depart from the Red Cross Regional Headquarters. Volunteers will be split into 21 teams, all heading to communities
throughout the Portland-Metro Area offering smoke alarm installations to any
household in need. Three of those teams will part on their own and head to
appointments in surrounding towns such as Tigard and Scappoose to aid those who
have reached out. The teams will be equipped with tools and smoke detectors to
install in homes and knowledge to share of how to prevent and prepare for
disasters.

Already the
Red Cross has installed over one million alarms. This has led to 400,000 households made safer and three hundred lives
saved.  One of the goals for the Red Cross is to reduce fire-related deaths
and injuries in the U.S. by 25 percent by the year 2020.  These hopes and goals fuel the work of the Red
Cross as it continues to serve the community.
To learn more
about Martin Luther King Jr., go to http://www.thekingcenter.org/about-dr-king.  To learn
more on MLK Day of service go to https://www.nationalservice.gov/mlkday.