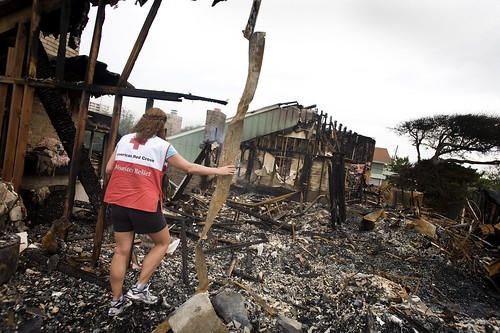 The Oregonian ran a story on Ike featuring our good friend from the Willamette Chapter, Margaret Sanner. She’s down in Texas right now and described the ‘triple whammy’ effect…

“During the storm,” Sanner said, “cars were washed into houses, and then power lines would come down on the same houses, and then they would catch on fire…At those houses hit by a triple whammy, all that was left were burned up remains of the fireplace, the cars and some big appliances, like washers and dryers and refrigerators.”
Pretty intense stuff.
Read the whole story here.