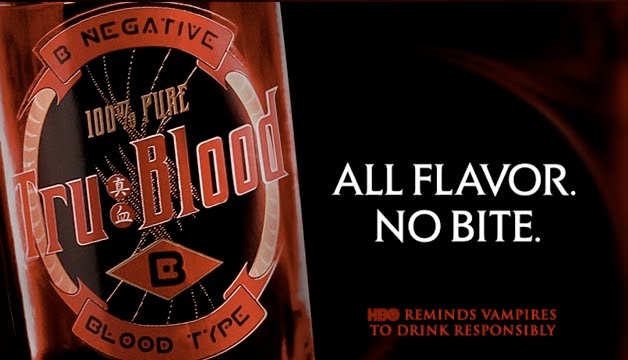 HBO is showing their support for the Red Cross by endorsing a virtual fundraiser through Twitter where drops of blood (pledges of support) will be collected in exchange for a bite from your favorite vampire or a kiss from one of the Stackhouse humans (in the form of an @reply).

500,000 drops of blood (1 drop per bite/kiss) is all it takes to fill up the vial and HBO has offered to donate $10,000 to the Red Cross if this goal is reached. You can be bitten/kissed by as many characters as you want as many times as you want!
The Bites for Blood Drive was conceived by the True Blood role players on Twitter who are fans of Charlaine Harris’ Sookie Stackhouse series and subsequent HBO hit show. It was designed as a fun way to get their fans behind the efforts of the Red Cross.
The biting begins Thursday, December 3 at 7P.M. PST and ends on Sunday, December 5 at 7P.M. PST.
Find out more information about Bites for Blood here. Be sure to follow @TrueBloodHBO, @HBO, @SookieBonTemps, and @RedCrossPDX on Twitter.