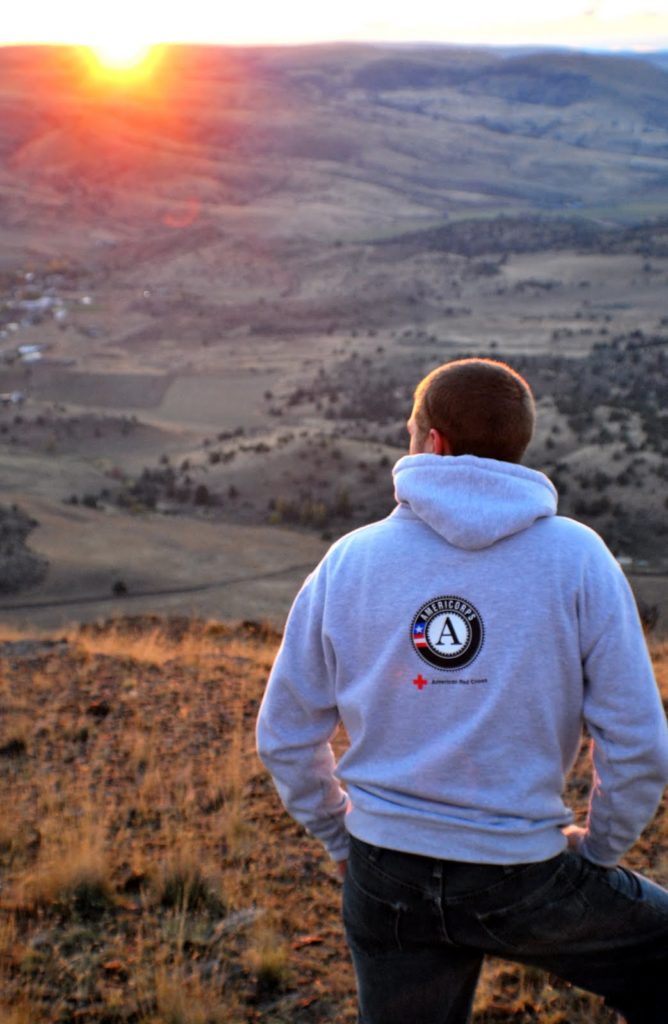 Warning: It’s time to whip out the Kleenex.

But the good news is that these will be happy tears, I promise. Check out these inspirational stories from a few of our 60 AmeriCorps volunteers around the state.

Through my courses with the Red Cross, I was able to gain the skills and confidence to respond to an emergency. This was demonstrated when I was actually at my home and a car accident occurred about a half block away. I was panicked at first, but then realized that I know what to do to help people in a time of need such as this. I overcame my personal fears, left my home, and responded to the car accident. Luckily, although it sounded like a bad accident, there were no serious injuries, everyone had exited the vehicles and I ensured that 911 had already been called. I stayed at the scene (surprisingly with another AmeriCorps member who had responded) until EMS arrived and took care of the situation. I was very proud of myself for being brave enough to respond to this accident and feel that this would have never been possible without my training through the Red Cross and the added sense of responsibility that I now have being an AmeriCorps member. Melody Easton, SE Works in Portland
Jake has been involved with SE Works for more than four years. He entered and graduated with his GED in 2006. From there, he entered community college and has been taking classes ever since. He has had success in some classes but none in others. This semester he is taking a math class for the 6th time. In previous quarters he has failed 3 times and dropped the class 2 times. This quarter, with the aid of the mentoring program, he finally will pass the class. Not only pass, he has an “A”! Sarah Hollingworth, SOESD Migrant Education in Medford
In September, I hosted a booth for my site at the Medford Multicultural Fair. I had a game for the children to play where they would race a toy car to a finish line by rolling a dice and moving spaces. I decided that the name of the game should be “The Race to Graduation”, since our program is an after school program aimed at helping Latino students graduate, and our prizes should be fake diplomas. The “great” part of this story, however, wasn’t the game itself but the reaction the parents had when I handed out the “diplomas”. Some of the parents were proud of their child’s enthusiasm and success, but a few were so overcome with anxiety that this may be the only diploma their child ever earns that they were on the verge of tears. In that moment I realized that up until then I had only read about my program’s purpose, and while I had appreciated it on paper, I hadn’t been able to fully relate to it or internalize it. Now I feel like I really can make a difference this year because I know what my work means to the families we serve. Jami Moore, Ethos Music Center in Monument
In Monument, I had a girl in second grade who was learning how to sing. She knew that eventually, she would have to take the stage on her own. This terrified her to the point that she walked out crying because she was afraid. But we worked all term on it and come the day of the concert, she was ready. She stood up on stage, all by herself, at the microphone, and blew everyone away. The response was so enthusiastic that she actually screwed up her face and stepped back because the cheering for her was so loud. I am so, so proud of her for being so brave. Amazing experiences, no? And these are just from the first four months of service!If you know of an organization that wants to increase the level of service they provide to the community, the Oregon State Service Corps (OSSC) is now accepting project proposals for the 2011-2012 service year. This is the best way to have an AmeriCorps member make the kind of impact mentioned above with the people YOU serve!