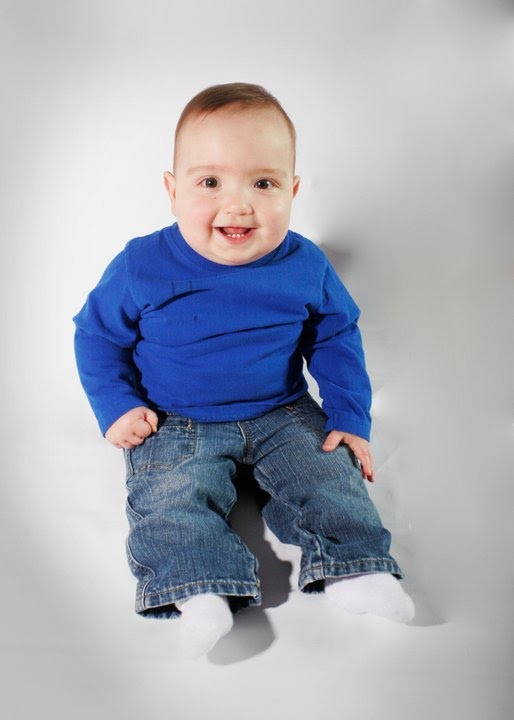 It all started on Alisha’s commute home from work. Carrying twins Emma and Nicholas, Alisha’s water broke landing her in the hospital at 32-weeks gestation, eight weeks shy of full term. “I was not prepared to be having my babies so early and definitely not prepared for what would endure following delivery,” she said.

After six hours of labor, the twins were delivered by cesarean section. “Nicholas often had his head facing up throughout the pregnancy, rather than down, which is needed for a traditional delivery,” said Alisha. At 3 lbs., 13 oz. for Nicholas and 3 lbs., 3 oz. for Emma, the twins arrived and were whisked away to the Neonatal Intensive Care Unit (NICU) before Alisha could even see them.

Four hours after they were born, Alisha saw her children for the first time. While Emma’s vital signs were strong, Nicholas was struggling. He initially had difficulty breathing and his blood pressure was very low. Though his breathing stabilized a short time later, he was not responding to saline injections with medication intended to stabilize his blood pressure. Alisha sums up the first few days in the hospital as a whirlwind filled with mixed emotions. “On one hand you’re incredibly excited about your new family, yet your son is fighting for his life in the NICU,” she said.

Late in the evening, between days six and seven in the hospital, the medical staff came to Alisha and her husband, Charlie; Nicholas needed a blood transfusion or he may not live. That night Nicholas received the equivalent of approximately five teaspoons of blood, which doubled the blood volume in his little body. “The change in Nicholas was amazing. His color came back and his blood pressure went up. I was immediately filled with gratitude for the blood donor that stepped up so that Nicholas could live,” she said.

Nicholas and Emma spent the next five weeks in the hospital gaining their strength to come home. Alisha describes Nicholas, now 18 months old, as an “extremely healthy and happy little boy” who loves to play with his new toy kitchenette set with his sister.

“I cannot thank the person whose donated blood gave my son his life enough,” Alisha said choking up. “Blood donors are truly a gift for patients.”