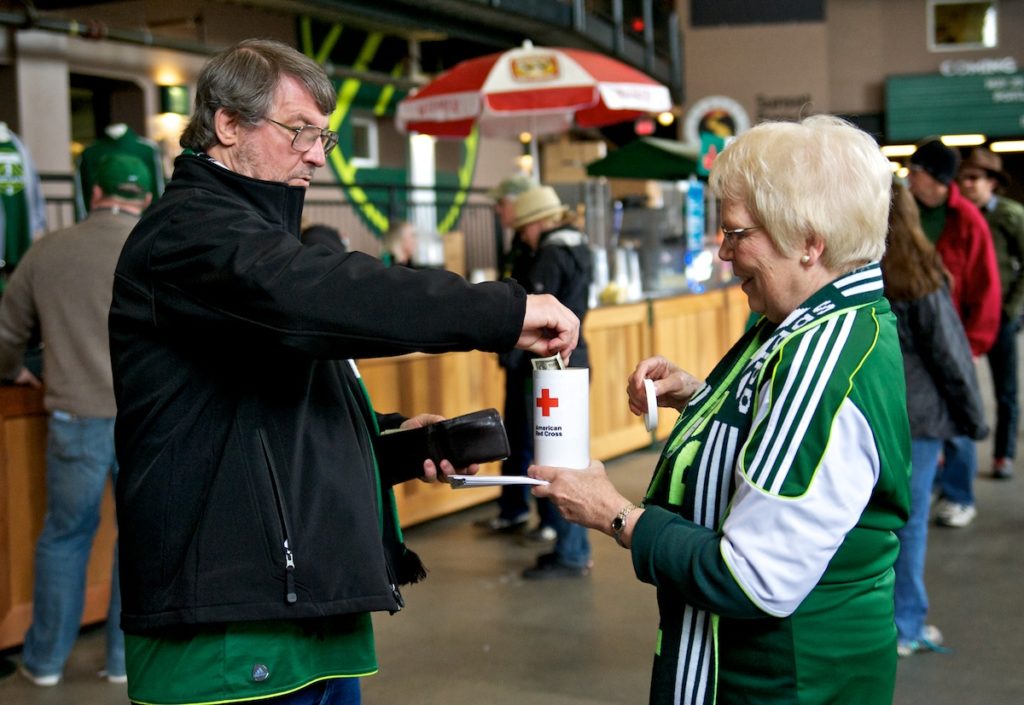 This past memorial day weekend, the Portland Timbers faced DC United in what resulted in the first home game loss of their inaugural MLS season.

The team may have lost the game, but with captain Jack Jewsbury’s roots in the disaster-torn south, they won the hearts of the fans. Money poured in via text message and cash for Red Cross relief efforts following the Spring Storms affecting residents from the deep south to the northeastern United States. With the help of many generous Red Cross volunteers, over $1,650 was raised by individual cash donations alone at the game, and countless more from the text message campaign!

To further illustrate the impact of the donations, check out some of the media coverage of the event from KPTV and KGW below. Also – you can still send donations to help the Red Cross! Just text REDCROSS to 90999 to make an easy $10 donation.