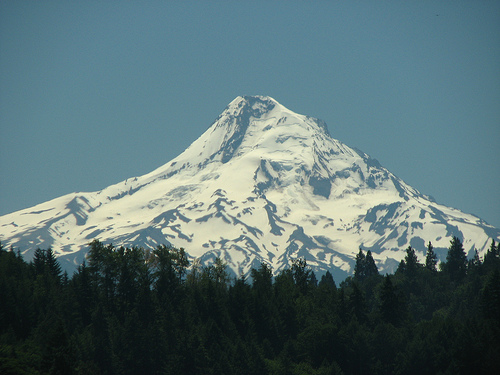 Ian Madin and his team have found a previously undetected seismic fault that appears to be both active and dangerous on the northern flank of Mount Hood.


Madin, the chief scientist with the Oregon Department of Geology and Mineral Industries, and his team recently found the fault using lidar, “a system that bounces laser flashes off the ground, to search for hidden seismic faults.” This method has been used to find dozens of shallow crustal faults including others near Mount Hood and several in Deschutes County, Klamath County, and near the coast between Bandon and Coos Bay.

Last time the fault ruptured, “opposing sections of the earth’s crust jolted 6 feet apart vertically, leaving a miles-long raised edge, or scarp.” Madin postulates that it was an earthquake with a magnitude of 6 or 7 that could have been felt in Hood River and possibly “damage[d] Hood Rivery valley communities.”

The team is working to determine the hazard associated with the fault. How it could hurt people, buildings and infrastructure such as bridges, dams, and electric power lines.


Finding faults throughout Oregon is important: (1) They don’t know where all of the seismic faults are and (2) They don’t know how often they cause earthquakes. This creates difficulty when designing buildings that we hope are resistant to earthquake damage.