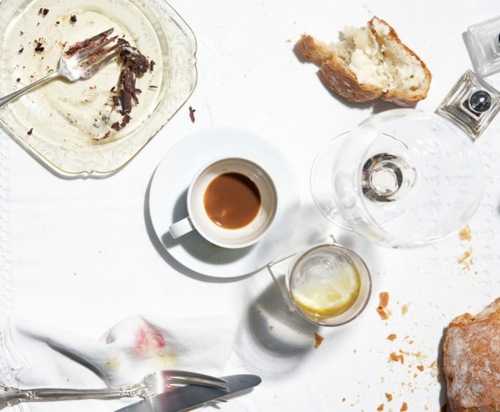 This just in from an interesting blog called The Daily on “mindful eating” this Thanksgiving:

“Hey, everybody, it’s holiday time! Temptation is everywhere! To avoid becoming more stuffed than the turkey, we’ll tell you how you can survive without becoming so bloated that your spouse leaves you, the neighborhood kids mock you and you become a lumpy, enormous, flatulent shut-in …”

That’s the annual holiday reminder, of course. But all the anticipation and worry about what you might eat in a single 24-hour period could actually amplify the effects of a gluttonous feast.

Excessive stress activates the body’s alarm system — the “fight or flight” response — and triggers the adrenal glands to release hormones such as cortisol, which is associated with obesity, heart disease and depression.

One way to avoid this cascading error is to stop focusing on calories and focus on your mindset.

This approach is called mindful eating, which sounds vaguely New Age-y, because it is associated with Eastern philosophy and the Buddhist principle of mindfulness. But it’s pretty similar to the advice most moms dole out: Take smaller bites. Chew your food thoroughly. And most important, eat more slowly.

Just slowing down can cut your caloric intake significantly, according to a 2006 University of Rhode Island study. In the study, participants were given a large plate of pasta during two different visits. When they were encouraged to eat quickly, they finished in nine minutes; when they were told to slow down, they took 29 minutes — and consumed 12 percent fewer calories.

Mindful eating also stresses the pleasure of meals: fully appreciating the smell, color and texture of food, as well as the family and friends at the dinner table. Paying such close attention to the sensations surrounding the meal is thought to be another deterrent to overeating because the sensation of fullness is more acutely felt.

Best of all, if your mind is occupied with the task of trying to perceive every molecule of goodness in each buttered, gravy-covered, marshmallow-topped morsel, it is less likely to be in stress mode.