A tough challenge the American Red Cross encounters is keeping messaging for disaster preparedness fresh and relevant. Saying that a certain type of disaster is of concern over and over can become repetitious, and if it hasn’t happened to you it can be tough to imagine.

As the Midwest currently faces a series of serious tornadoes, the National Weather Service is trying something new for their alerts. Due to the difficultly of predicting tornadoes, areas can receive many alerts without any activity. After awhile people can become desensitized, yet the seriousness and danger remains. This week the National Weather Service will start trying ‘impact-based warnings’ in two states. These warnings may contain language like ‘mass devastation is highly likely, making the area unrecognizable to survivors’ and ‘this storm is not survivable’. The messaging is only in the testing stages through November 30th, after which a panel of social scientists and meteorologists will examine the responses for possible implementation nation-wide. 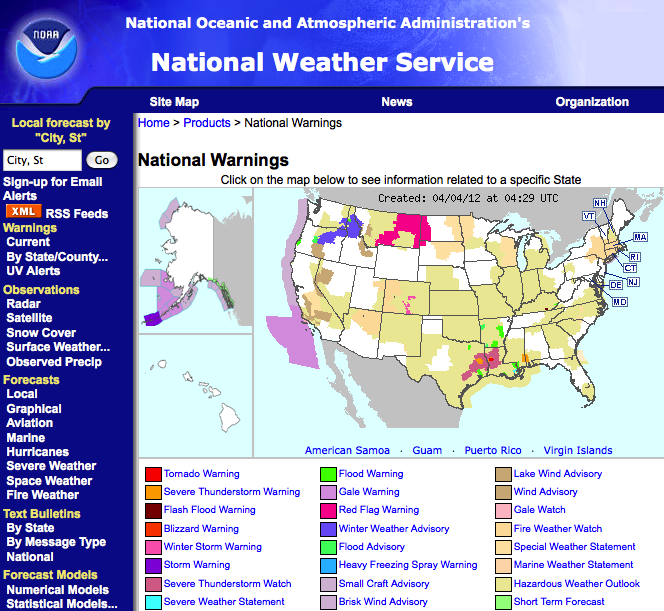 Although tornadoes in Oregon are incredibly rare, there are similar alerts people shouldn’t become desensitized to. Just over a year ago, the Japanese earthquake caused a tsunami alert for the Oregon coast around midnight that pushed many residents into shelters at early hours of the morning. Tsunamis also remain tough to predict, and the impact to most coastal areas in this case was minor. If another earthquake occurs and has the potential for a tsunami in our area, that doesn’t mean it will be of the same scale as the possibility for the ‘big one’ still exists (and the alerts would likely have minutes of advanced warning, as opposed to hours).

What do you think about the idea of ‘impact-based warnings’? Do you think it helps for preparedness messaging? Let us know in the comments below!