Skip to content
This afternoon an emergency response vehicle (ERV) prototype rolled into the Oregon Trail Chapter’s parking lot causing many oohh’s and aahh’s from the staff members who gathered outside for its arrival. 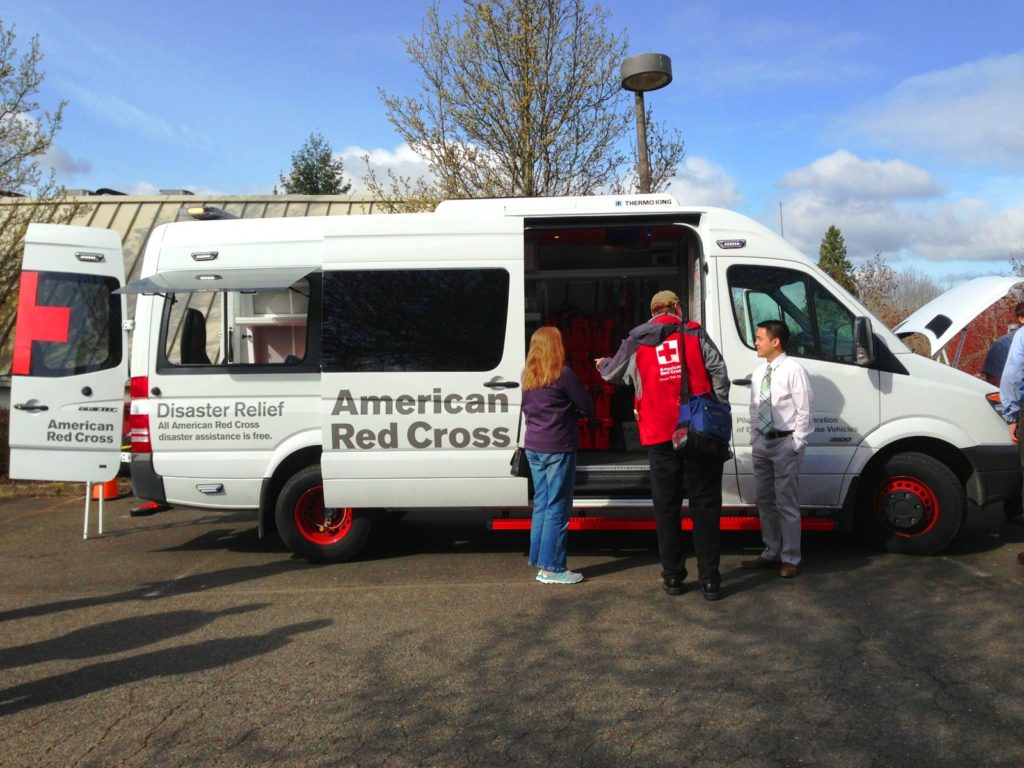 Altogether, the Red Cross has more than 320 ERVs in 49 states. These vehicles, used to dispense food and beverages to people affected by a disaster, resemble a cross between an ambulance and a small moving van. This new prototype is being tested to replace and potentially increase our current fleet while saving millions of dollars. Nearly half of the Red Cross ERVs are more than 10 years old, and the newer models will cut down on maintenance costs and make replacing parts much easier. In addition to a sleek, new look, the prototype includes Wi-Fi, improved GPS capabilities, improved maneuverability and a host of updates that will make meal serving more efficient. 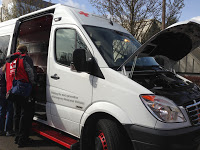 The ERV has come a long way over the years. In 1898, American Red Cross Founder Clara Barton used a wagon as an ambulance for her work on the battlefield. During WWII, the Red Cross operated clubmobiles to support U.S. servicemen. Later the Red Cross relied on converted bread trucks, station wagons and pickup trucks to deliver meals and snacks after disasters. In 1984, the Red Cross began to standardize its fleet into the ambulance design we see today. While the new model is still a prototype, keep your eyes open for the next generation of ERVs.