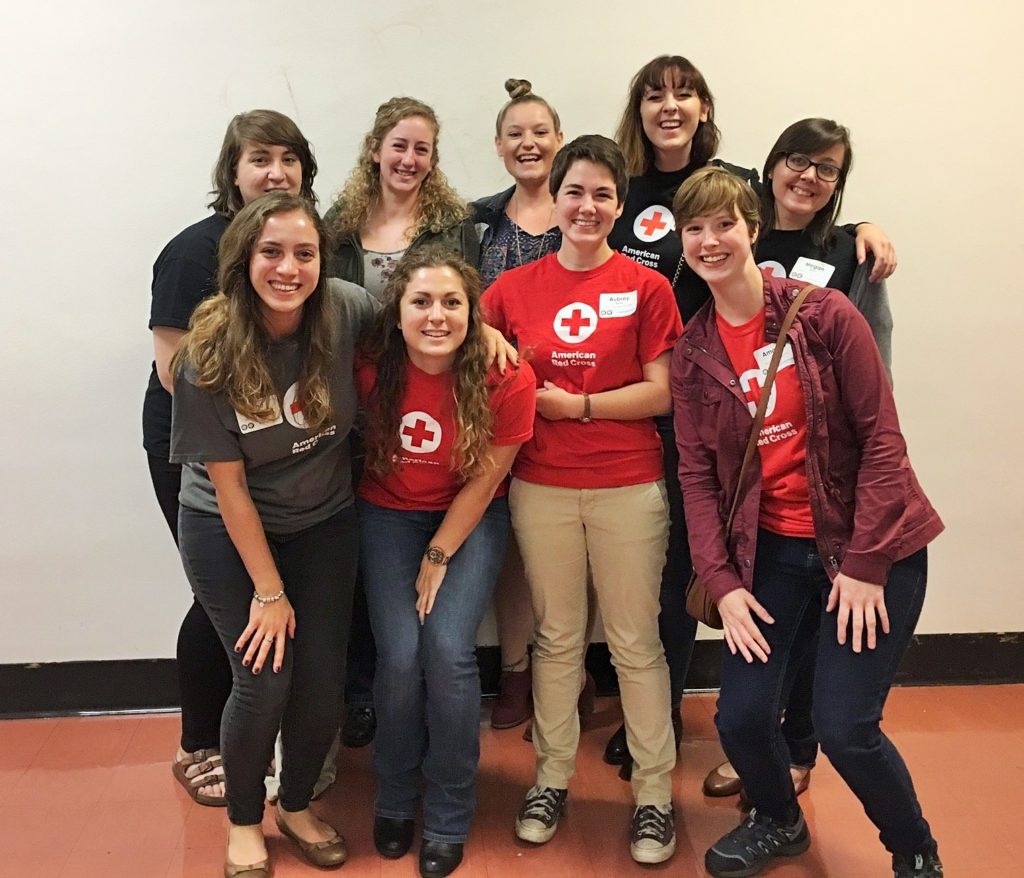 Ten Red Cross Corps members from across the nation and stationed throughout Oregon and Southwest Washington, recently participated in their first Home Fire Campaign smoke alarm installation event, which took place in areas surrounding the Portland and Salem Red Cross offices.
The Red Cross Corps is an active service organization that works under the larger nationwide program, AmeriCorps. The program encourages Americans to commit to a year of concentrated community service with various nonprofit organizations around the nation. The AmeriCorps members are integral participants of the American Red Cross Disaster Services team.  Across their assigned counties, the members support many Red Cross preparedness programs such as the Pillowcase Project for children, adult preparedness presentations, and outreach events.
On a crisp autumn morning, team members set out to help save lives and educate community residents on fire safety by installing smoke alarms in homes that needed them. Home fire is the number one disaster threat to individuals and families, and an average of seven people die every day across the U.S. due to home fires. Armed with information, brand new smoke alarms, ladders and power drills, the teams set out to create safer neighborhoods. A working smoke alarm can cut the risk of home fire in half, and the Red Cross Home Fire Campaign has already saved more than 100 lives across the nation.
For the Red Cross Corps members, the most interesting part of the event was meeting and interacting with a variety of residents who had requested our assistance in making their homes more fire-ready. Several members remarked on how gratified they felt after directly interacting with and educating their community about home fire safety. One home in particular stuck with one of the members. Volunteers installed smoke alarms in the home of a woman who was starting a child care business, and her home was due for inspection within a few days. “Her enthusiasm was beautiful. It’s not often that you get to see the direct impact of your work like that,” said Brittany, an AmeriCorps team member. 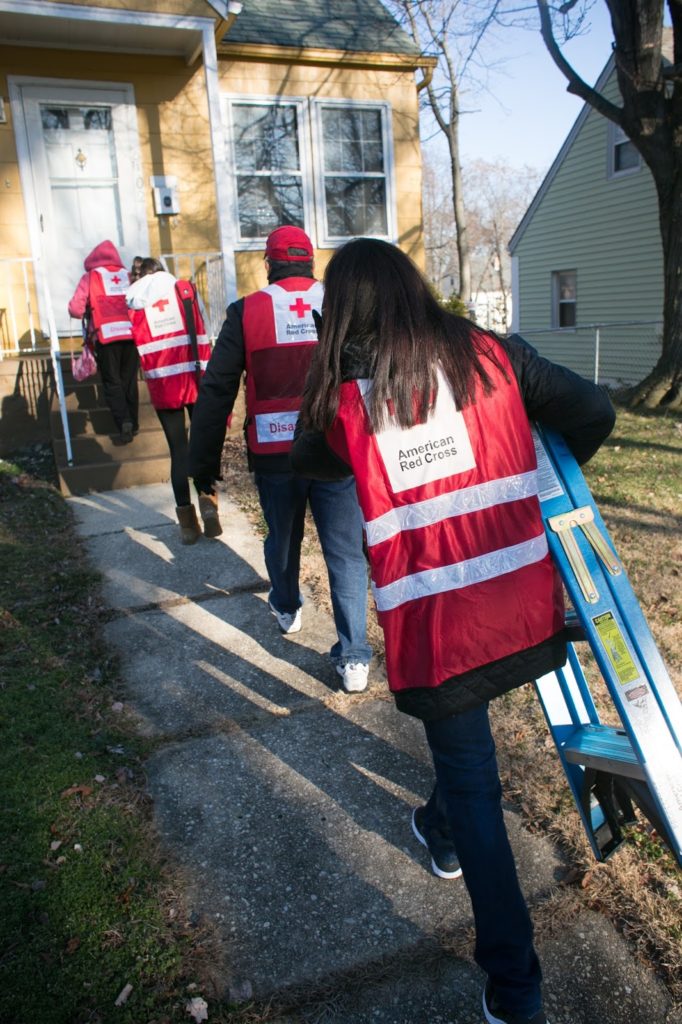 For another member, a shocking point came when they arrived at a home where there wasn’t a single smoke alarm installed. All Red Cross Corps members have been trained on the true ability of smoke alarms to save lives and they helped the residents understand the need for having them installed in their home.
Aside from the community members the campaign reached, it was a great opportunity for the Red Cross Corps members and other volunteers to meet and work together. One member stated that working with Red Cross volunteers had been an enlightening experience because she had not previously experienced helping and directly impacting the lives of people in her own community.
At the end of each appointment many community residents were so grateful and genuinely thrilled about the service they had received that they pledged to reach out to their neighbors and families to inform them of the importance of being prepared for home fires by installing smoke alarms. The Red Cross Corps and volunteers provided these residents with information to pass along to their loved ones who might be in need of new smoke alarms in their homes.
A total of 75 new smoke alarms were installed in multiple homes as a result of this event.

The Red Cross Corps members felt that the Home Fire Campaign smoke alarms installation event was a success and a truly wonderful experience. 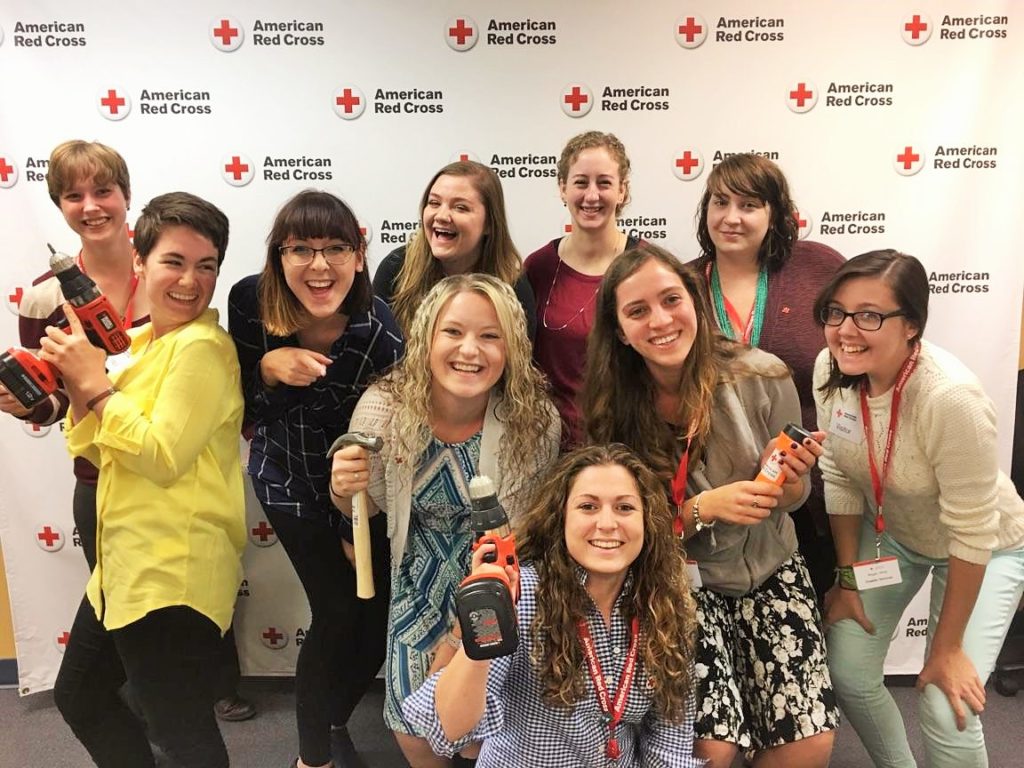