Who doesn’t like pumpkin pie? Well, me, actually. I like it fine, it’s just not one of my favorites—which is why I brought half of a homemade pie I was given to work this morning rather than just eating it myself. (It’s one of those things that appears generous when, in fact, it would have gone moldy had I kept it. I like those things.)

However, one hour later my normal Monday activities were affected in a way I couldn’t have imagined. I happened upon a horrific scene, and I knew my day wouldn’t return to normal for at least 10 minutes. Someone, it appeared, disliked pumpkin pie more than I did, and someone didn’t want anyone else to like it either.

What I saw next I recognized immediately as Coworker-on-pie violence. (WARNING: Graphic pie content. If you are a dessert or are particularly close to one, you may not want to click.) 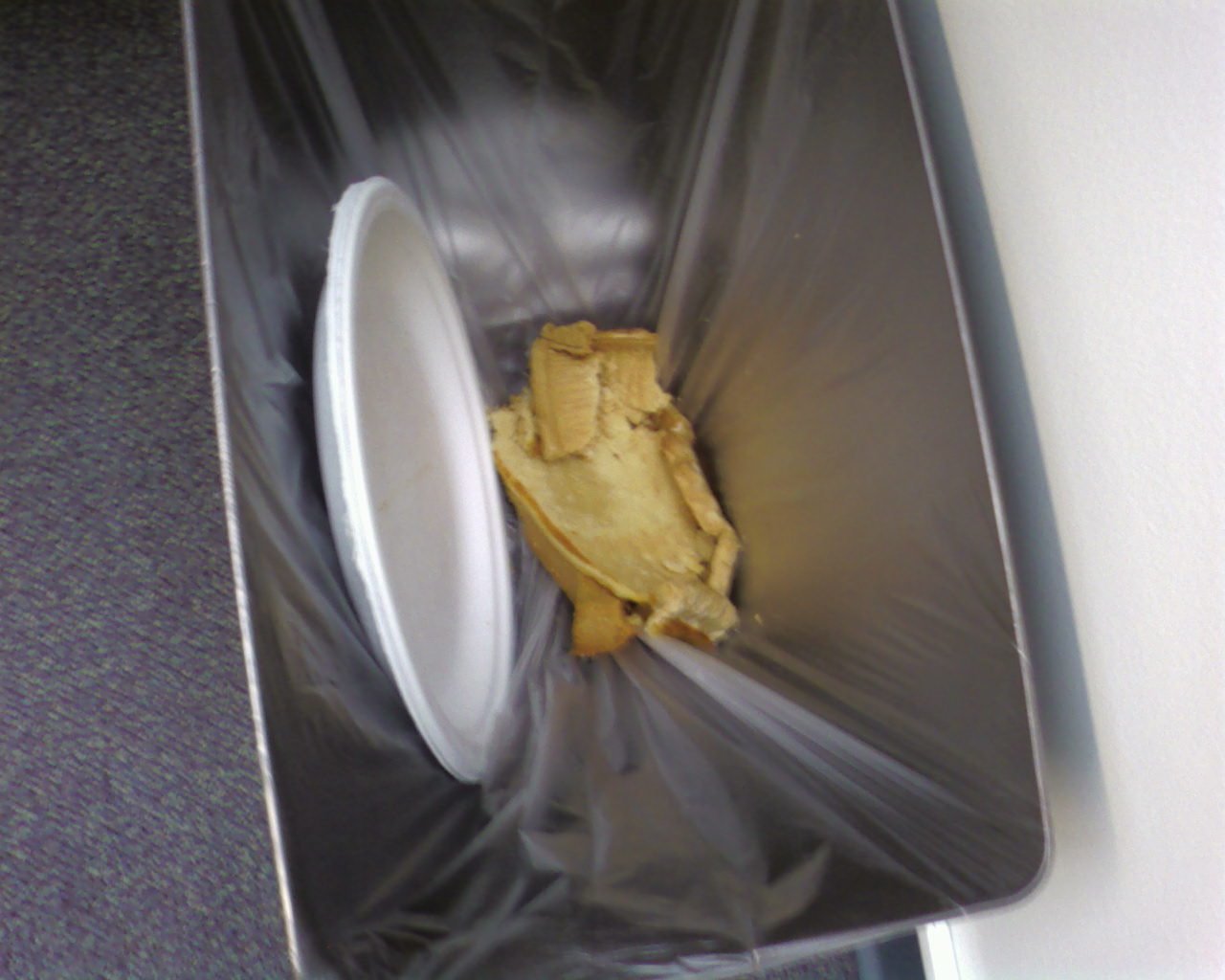 It was pumpkinpie-icide, plain and simple. Now I needed a perpetrator and a motive.

Finding the guilty party was my next task, so I wrote an e-mail to the Health and Safety Department making wild accusations and threatening legal action. Then I deleted it and decided to go the good cop route, hoping to send someone spiraling into a guilt-induced confession.

Shortly after sending the e-mail, I got a phone call confession from someone I never would have thought harbored anti-dessert tendencies, much less would have acted on them. In tears (embellishment) the guilty party confessed to having done the deed after she and an accomplice determined that the pie must have been sitting on the table since Friday—the department’s generally accepted day for treats. I didn’t believe a word of it (embellishment).

The perpetrator made an unnecessary apology (really, I don’t even like pumpkin pie), and all is forgiven. I only wish an apology could be made to the victim’s family, but it would just be empty words (mainly because all other pie that was made in the same batch was eaten already).

The moral of the story is an important one: OTC employees care enough about the health of their co-workers to not let them risk the possible ill effects of eating an apparently 4-day-old pie, and I’m grateful to have them around.

To the perpetrator and her accomplice: I’ve got my eye on you.