This morning my Campaign RED teammates and I hosted a treasure hunt. Five clues were hidden throughout the building that led to an awesome prize – two center court Trail Blazers tickets. I thought the hunt might take a while (those clues were not simple), but a few people here are real brainiacs when it comes to clues and riddles. The prize had been found before noon! 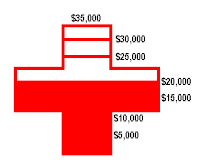 One thought on “Avast, they found me treasure!”