With all the action on the Blog-Off front, we nearly forgot about the kidnapping of Greg Biffle [‘s lifesize cardboard cutout]. If you recall, after a threatening phone call, numerous ransom notes and and a list of demands, this week was to be the final showdown.

To cut to the chase, Robin and I went face-to-face with the kidnappers yesterday. And managed to snap a photo of them with their captive. 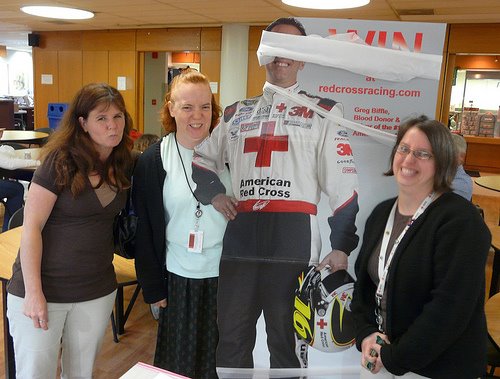 We were surprised that such nice girls were embroiled in such an evil conspiracy, but we’ll likely forgive them. They swear that Greg was never harmed in the process and that it was all “for the good of the Red Cross.”

In fact, it appears that their plan worked. At yesterday’s Friends and Family Blood Drive, 45 “productive” units of blood were collected, reaching 107% of goal. And if the kidnappers — also known as Dede, Elana and Julie — helped make this happen, they’re definitely about saving lives, not risking them. 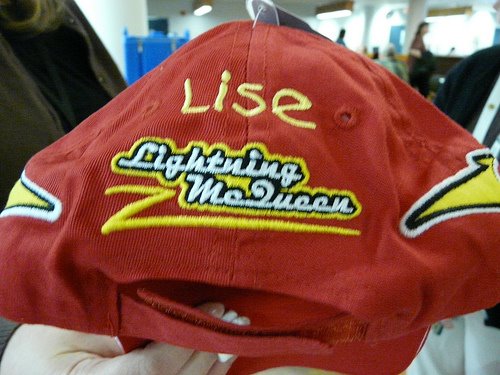 Catch up on the Biffle Kidnapping saga here.
Learn about Greg Biffle and Red Cross Racing here.
Follow them on Twitter here.