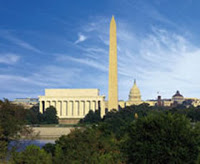 Did you know that the American Red Cross has been supporting presidential inaugurations since 1909?

This year is no exception; the District of Columbia has again requested the help of the Red Cross as the inauguration approaches.

As you know, the Red Cross has a long history of accepting requests from public safety officials to assist at large gatherings of people. The first responsibility is to support the local, state and federal authorities that are planning and coordinating the inaugural events. The National Capital Area Chapter (and many surrounding chapters) will be leading the efforts by providing meals, snacks, and drinks to law enforcement and first responders during the inauguration. More than 300 Red Cross workers will be on hand to help with these efforts.

The Chapter is also deploying multiple “Go Teams” to provide assistance to the hundreds of thousand of visitors expected on the National Mall. These teams, trained in CPR and first aid, will be the “eyes and ears” of first responders. They will move through the crowd, ready to identify those who are sick, injured or beginning to suffer from the cold. They can also direct people to aid stations and help with lost children.

Finally, we’ve been in close coordination with local, state and federal authorities as the response community plans for the inauguration. Red Cross national headquarters (also located in D.C.) has a Level V disaster operations team prepared to respond to any man-made emergencies or natural disasters that may occur during the inauguration.

If you’re one of the lucky ones who gets to attend on January 20, try to snap a pic for us if you spot a Red Crosser!