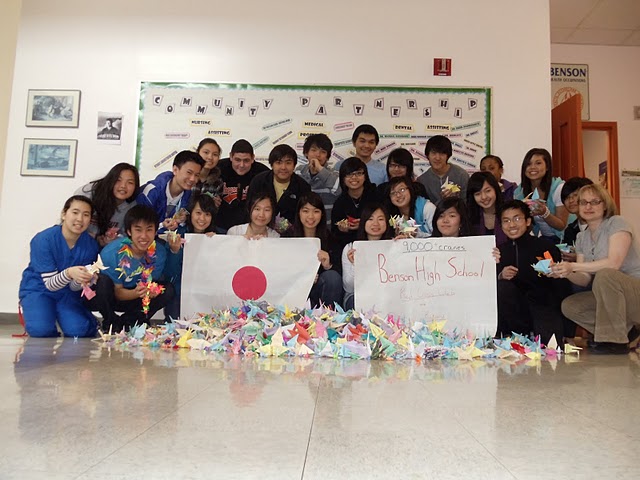 Congratulations to Benson High School’s Red Cross Club for securing a matching donation of $20,000 for earthquake relief efforts in Japan.

The club partnered with a non-profit organization and participated in a, “Paper cranes for Japan” project in which $2 was donated toward reconstruction efforts in Sendai for every origami crane sent in.

Club members, student groups and many other individuals within the high school helped to fold more than 10,000 cranes for the fundraiser.

Sara Callies, biology/anatomy teacher at Benson and the Red Cross Club coordinator says, “The grassroots nature of the fundraiser really appealed to kids as a way to help those in need in Japan and feel good about doing their part in the relief effort. The club was stunned by the outpouring of students across the school community and the cranes literally flew in the door!”