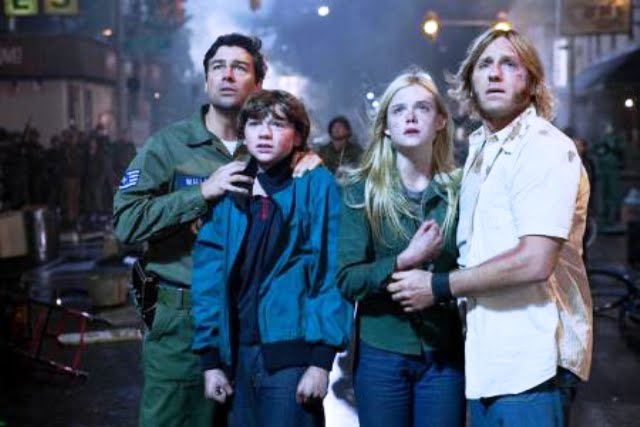 The bread of my weekend sandwich came in the form of two visits to the movie theater. One of those slices had the processed, fluffy goodness of Wonder Bread and was written, produced, and directed by J.J. Abrams of Alias, Lost, and Cloverfield fame. (If you are desperately wondering about other ingredients of my weekend sandwich, take a look at an article about the Emergency Preparedness Day hosted by Tigard Emergency Management and the local Latter-Day Saints stake at Cook Park where Red Cross participated or the Emergency Preparedness Fair sponsored by Yamhill County Emergency Management, DOGAMI, and Red Cross.) I was slow to get on the Lost bandwagon and only recently finished the series. In the name of full disclosure, I did finish it in embarrassingly record time. Taking into consideration my recent foray into the disaster-caused needs of beautiful people on an exotic island after a plane crash, J.J. Abrams has been relatively prominent on my pop-culture radar. Mr. Abrams has a way of reminding us that disaster is imminent and everywhere and none of us are exempt from potential devastation. If he and James Roddey stood in front of a roomful of Oregonians I think every person would have a fully stocked disaster preparedness kit within the hour. Over this weekend Abrams burst right back in to the foreground of my consciousness when I saw Super 8. However prepared I am, I wasn’t prepared for Super 8 to be a well-constructed, entertaining, nostalgic-inducing, disaster movie that gives each of us several reasons to make or update our emergency preparedness kits. The movie is set during the summer of 1979 in a small town in Ohio and it is filled with allusions to Red Cross related scenarios. The Portland Mercury is right in it’s review of the movie, “Super 8 works better the less you know”. Just know that the movie is a great throw-back to the action, adventure movies so popular during my childhood and if you’re okay with letting lose your inner preparedness nerd you can encourage your fellow movie-goers to Make a Plan, Build a Kit and Get Informed.