Our Volunteer Profile series offers a weekly glimpse at some of the amazing volunteers who help drive the American Red Cross mission forward. With nearly 1,200 in the state, these volunteers serve as the backbone of our organization. This series is written by our communications volunteer, Patrick Wilson

Three years ago, while a sophomore at South Eugene High School, Gabe Wihtol became a Red Cross youth volunteer and later the First Aid Service Team (FAST) President. This happened because Gabe quickly became bored after completing his freshman year and beginning summer vacation. He realized he wanted something to productively occupy his time, and he went to the library and got a book on first aid. The book was so interesting that he took a local Red Cross class on first aid. During the class, one of the Red Cross staff members asked him if he would like to become a volunteer, and he agreed. As someone with a strong service orientation, he was impressed by the professionalism of the Red Cross volunteers. 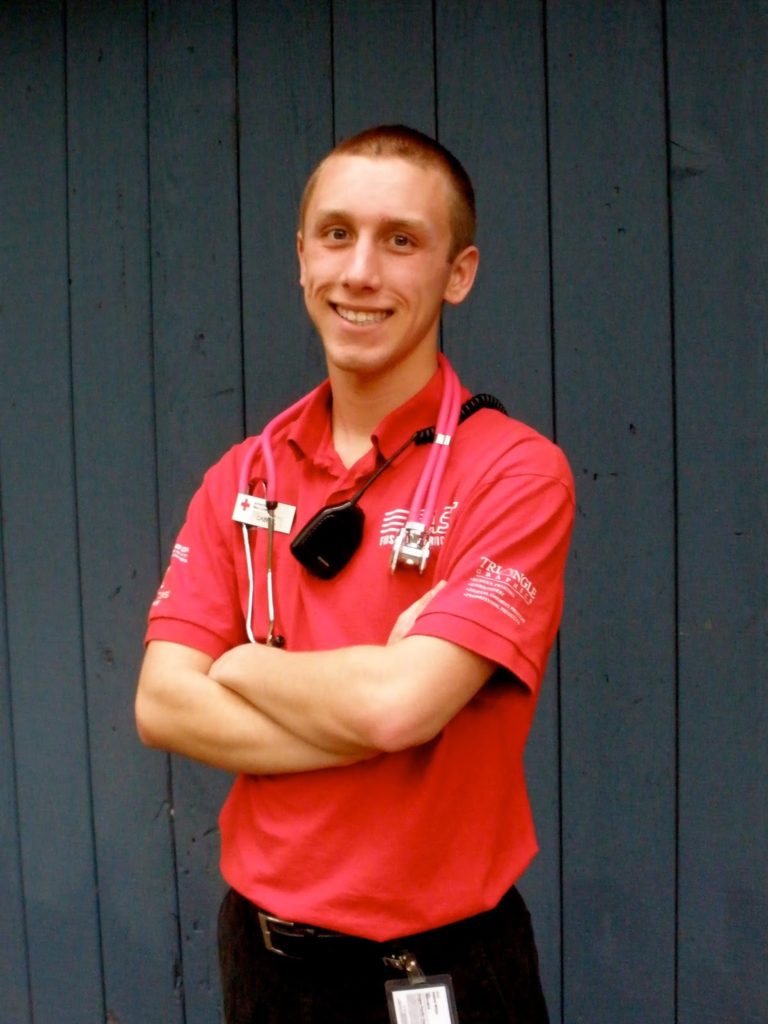 From there, Gabe found his love for all things medical continue to grow. Of significant importance was his ongoing work with FAST. This group’s mission is to provide emergency medical care at community events, marathons, etc. His FAST serviced some 30 events each year. What kind of surprised and delighted Gabe, was how people reacted to him. They seemed to typically treat him like he was much older, a college student or young adult perhaps. He guessed it was because of the way he handled himself and the services he was delivering. He also discovered changes in himself. When he initially joined the Red Cross, he was fairly quiet and not prone to assert himself. Over time he became more assertive and confident.

Gabe sees joining the Red Cross as his “gateway drug” causing him to continuously explore all things medical. He started volunteering for anything with a medical flavor like helping out at local hospital emergency and surgical rooms. He said this kind of impact also affected his peers. Many of them are now pursuing careers in nursing, the military with an opportunity to serve as a medic, EMT, and anything that allows them to pursue their developing passion for medical service. Just as valuable, some peers learned that this wasn’t the right field for them and have since moved on to other career possibilities.

Now that Gabe is graduating from high school, he is uncertain on exactly what he wants to pursue, but he plans to look at a number of medically-related career opportunities. He is attending the University of Portland School of Nursing program this fall and will enter college already having completed his EMT basic. He hopes to find time to continue volunteering with the Red Cross and possibly form a FAST in Portland.

While Gabe is delighted with his volunteer work, having now completed 1,000 hours of community service, he admits that many of his school peers see volunteering as a hassle. He thinks volunteer organizations wanting to attract young people would do well to emphasize the benefits. Volunteering looks good on your resume and can help students get into college. Many young people are geared toward things that will help their careers, and volunteering is a great place to start.

Gabe’s maturity and sophistication beyond his years is obvious. Volunteer organizations interested in recruiting young people should consider his recommendations.