Our Volunteer Profile series, written by communications volunteer Patrick Wilson, offers a look at some of the incredible people who help to deliver our mission. We are grateful for their compassion and commitment.

Tom McCann had a career with the U.S. Army and was a volunteer firefighter. In many ways these experiences provided an ideal background for his volunteer work at the Red Cross. While in the military, Tom became accustomed to moving to new assignments on a moment’s notice and focusing on major tasks without getting distracted by the minutia. In both experiences he became skilled at operating in disaster situations without becoming immersed in the emotional trauma. 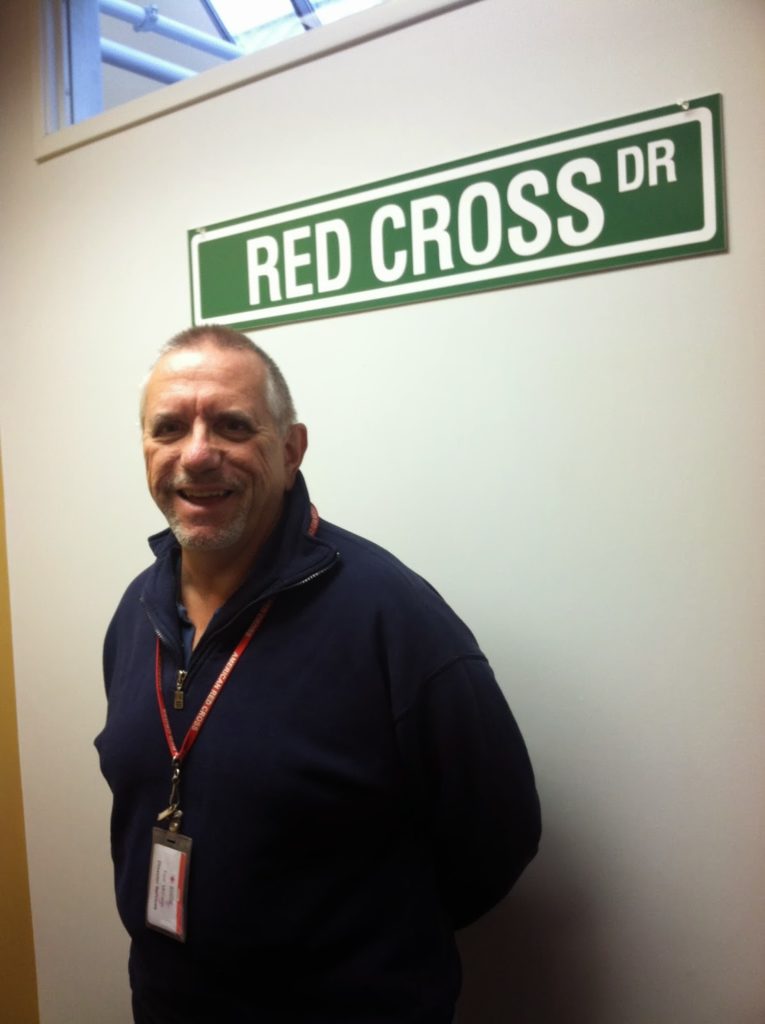 Tom joined the Oregon Trail Chapter in August of 1995, and was called out that October as a Disaster Assistance Team (DAT) member for a large apartment complex fire affecting nearly 100 people. This fire was so large that it required a chapter-wide response in which Tom worked at the shelter and the service center that were established. It was quite a dramatic and eye-opening first experience!

In 1996, Tom became a public information officer. As a PIO, he is responsible for interfacing with the media, and telling the Red Cross story when our volunteers are called upon to support major disasters. His two most challenging responses were both national: 9/11 in New York and Hurricane Katrina in New Orleans.

Tom was deployed twice during 9/11. During his first deployment, he spent a week at the Pentagon; his second deployment was for five weeks at the World Trade Center (WTC). He was a public affairs specialist at the main response operations headquarters in New York City, and worked for several days with the FEMA joint information center, where information officers from various response agencies work. One of the major challenges in the New York assignment was the diversity of people needing help and the different languages that needed to be negotiated. Ten to 12 languages were represented and a large number of local translators were called in to help. One of the situations that had the greatest effect on Tom was a photo-journalism assignment to cover two of the worker support centers. These were the personnel who were doing the dramatic and dangerous recovery work at the WTC. Just traveling to two of the centers and viewing the acres of rubble had a humbling effect on Tom.

During Hurricane Katrina, Tom was among the first volunteers to arrive from outside the devastated area. He was alerted the same morning the hurricane came ashore and departed to the area soon thereafter. This assignment was shocking, both because of the devastation and the sheer size of the Red Cross presence. The shelter facilities were enormous and over 6,000 evacuees had to be served. The need for shelters was so large that shelters were set up in all of the surrounding states. A center was also erected in Portland. Besides being wowed by the scope of the recovery efforts, Tom came to better appreciate the force of the storm. One day he came across a houseboat that had been deposited in the middle of an inland major highway.

Tom says these kinds of experiences have made him more compassionate. “It isn’t possible to see major human suffering without having your heart go out to those affected, he says. “Of course, there is always that quiet internal voice that reminds me that it could just as easily be me and my loved ones.”