Red Cross volunteer profiles are written by communications volunteer Patrick Wilson and provide a behind-the-scenes  look at some of the incredible people who help to deliver our mission.

Within the first few minutes of speaking with John Burke, you begin to suspect he is an experienced businessman. He is a direct, no-nonsense kind of guy. All of our volunteers bring different qualities needed by the Red Cross, but having people who are former business or former military creates a level of confidence, which is particularly important when going into major disaster relief operations. 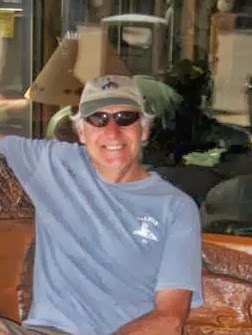 John joined the Southwest Washington Chapter of the Red Cross in 2012 for what he admits were very selfish reasons. “Just six months after retiring, I became restless. I needed to be busy and the Red Cross brand spoke very loudly to me. I tried some other organizations but none pulled at my passions like the Red Cross.” John retired from the automobile industry, had also worked in politics, and was looking for something meaningful to occupy his time. He continues to be amazed at the breadth of things the Red Cross does, from assisting military families to the extent of follow up provided to disaster victims.

When Hurricane Sandy struck the east coast, John was called into action. During his first six-week assignment, he was an emergency response vehicle driver. During his second three-week stint he served as a caseworker. “As I began my work at Sandy, I was concerned about the kind of reaction I would see from the victims of the disaster. In general, I found most people reacted surprisingly well given the devastation they experienced. In particular, I remember one elderly couple who were still living in a corner of their destroyed home. Both were struggling with disabilities but they dug down into their reserves and showed gutsy determination to overcome the hardships that faced them. The experience really reinforced my belief in people.”

“Both in our chapter and at disaster sites, I find huge opportunities,” John notes. “The chaos and confusion faced when doing disaster relief calls for people who are organized and detail oriented. In addition, because we can’t possibly bring everything needed with us, people who are resourceful are important. We go into the local community to locate talent and materials that are badly needed. Even something as simple as plastic bags for packaging food supplements can become a priority.”

John decided to apply his talents to logistics and government relations. While he has not worked logistics for a major disaster, he is already helping to set up inventory control systems at a local level. When responding to disasters, logistics is about efficiently moving, storing, securing and making available all the supplies required. Working in government relations requires him to build ties with the community organizations to create a seamless network of support, regardless of the disasters faced. He also finds that meeting frequently with county representatives allows him to help others better understand how Red Cross can assist the community. On one occasion John spent four days at a county fair which provided a tremendous avenue for promoting the Red Cross and inspiring others. He was able to identify 12 new volunteers while there. “I feel it is an honor to represent the Red Cross. I like the fact our volunteers are a good cross section of people. A significant number are still working, although in today’s busy world I’m not sure how they find time to volunteer. We also have a large number of young people and retired folks, including retired military. The diversity makes us a stronger organization. The more I work with the Red Cross, the greater I value what I have, and the more committed I am to serving others in the community through the Red Cross.”