Skip to content
Our Volunteer Profile
series, written by communications volunteer Patrick Wilson, offers a weekly
glimpse at some of the incredible people who help to deliver our mission. We
are grateful for their compassion and commitment.
Dianne
Mekkers describes herself as a professional volunteer, so although she is in
the middle of moving into a new home, much of her time is consumed with Red
Cross work. This includes her attendance at an array of meetings locally and
nationally, including a Train-the-Trainer workshop on Mobilizing the
Community in Washington, D.C.
Dianne says, “This is critical
training which provides confirmation that the Red Cross is prepared to work
closely with community partners throughout the entire disaster cycle. We want disasters
to be met with a well-coordinated and integrated response when they occur. The
workshop ensures each partner can participate in powerful collaboration as they
prepare, respond and recover from area disasters.”
She
recently participated in the Mid-Valley Disaster Leadership staff meeting to
provide input on the annual goals for the region’s Disaster Services Group.
These meetings are attended by all Disaster Program Managers and Activity
Leads. Involvement by everyone responsible for goal accomplishment is integral
to success.
Dianne also volunteers as a Government
Liaison. In this role Dianne works closely with government partners to build
strong relationships. All this activity sends a clear message that the Mid-Valley
Area, Dianne’s home base, is deeply committed to ensuring effective disaster
preparedness, response and recovery in the Cascades region. 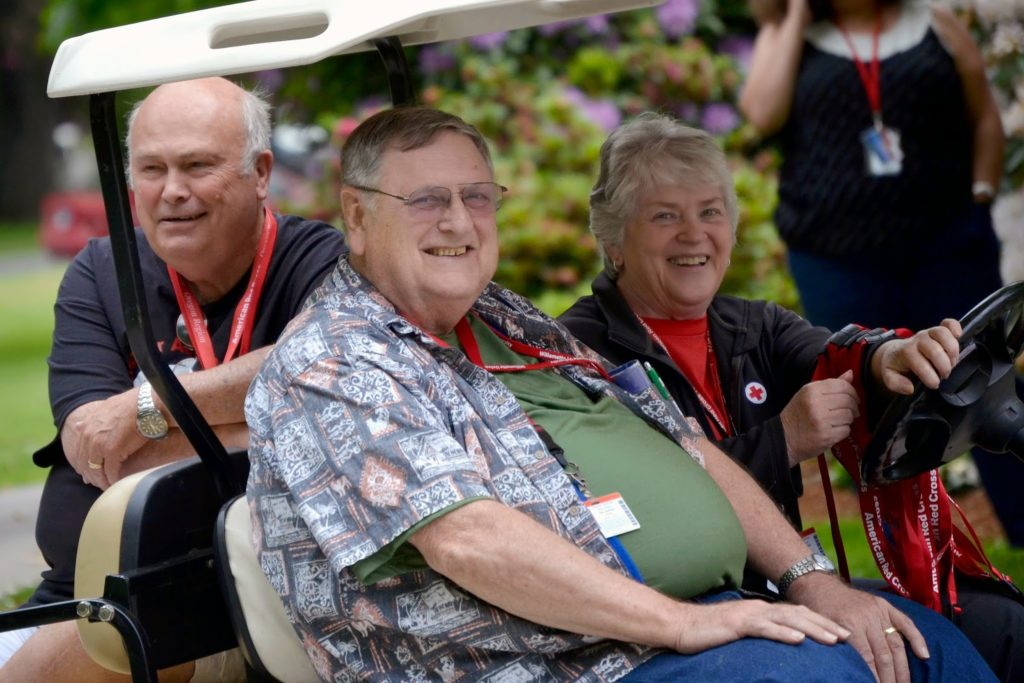 Dianne
joined the Red Cross in 2005, shortly after Hurricane Katrina, the deadliest
and most destructive Atlantic
tropical cyclone
of the 2005
Atlantic hurricane season.
It was a disaster that motivated many to join the Red Cross witnessing the
massive relief services that were needed. Dianne’s initial focus was on helping
to provide training. She already had expertise as a health and safety
instructor and wanted to expand her skills into disaster recovery. Besides
instructing, her recognized leadership skills resulted in her being selected to
be the chair for the Mid-Valley Volunteer Operational Response team. This team
handles the initial commitment for any response beyond what a Disaster Action
Team (DAT) provides. Some apartment fires in the region have required shelters
for displaced families and this team established and managed these.
Dianne
sees one of the greatest challenges facing the Red Cross today as the amount of
change that is occurring, particularly at the national level. These changes are
focused on ensuring the Red Cross become more efficient as it grows and as
volunteers move into more roles. The Red Cross made a decision a number of
years ago to have volunteers fill many of the roles traditionally filled by
paid staff. One change that has become necessary is the Incident Command System
(ICS) that is now being utilized. This system, built on successful models used
by fire and law enforcement agencies, is designed to create uniformity and
structure for major disaster responses. Once ICS is fully operational within
the Red Cross, every responder will be using the same structure to respond to
national disasters.
Dianne
has played a key role in increasing the preparedness of our region. She and
volunteer Kirsten Barnes proposed the Disaster Academy in 2013. They designed
and coordinated this three and a half day event and, in a number of cases,
delivered some of the training. The academy enabled many volunteers to
substantially increase their skills. This initiative required several months of
planning and Dianne was deeply impressed by how enthusiastically the training
was received by volunteers. For the 2014 Disaster Academy extensive skills pertaining
to deployment were included in the curriculum.
In
spite of the volunteer commitment and motivation that has so impressed Dianne,
she says many more volunteers are needed, particularly shelter and logistic
workers in our local communities. Dianne says that even though the Red Cross
stresses providing training and having processes that are standardized, many of
the situations volunteers face require flexibility and creativity. Disasters
are chaotic events and often require responses that spring from the flexibility
and creativity of volunteers.