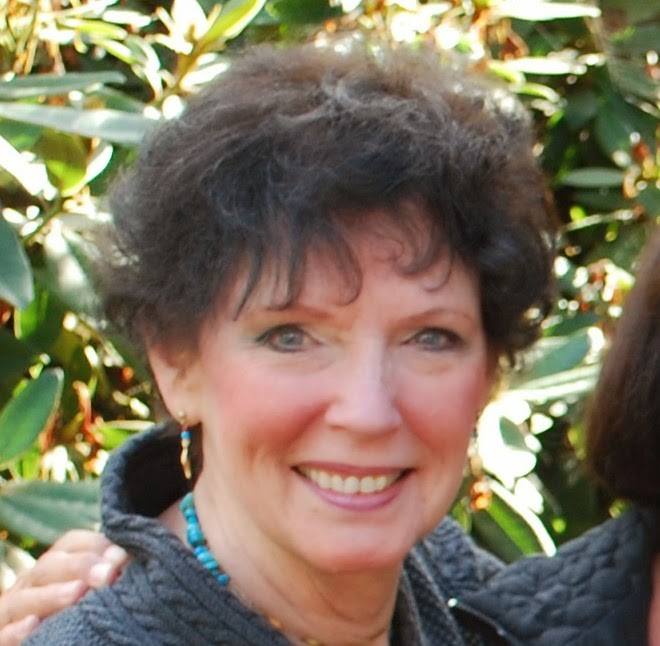 Sue Thompson
describes being a Red Cross volunteer as, “just a part of who I am.” She was
exposed to the work of the Red Cross as a small child growing up north of
Chicago during the latter part of World War II and the period that followed.
Sue’s grandmother, a Red Cross volunteer and enduring role model, was heavily
involved in the homeland war effort, securing critical domestic goods for the
welfare of military personnel serving overseas and assisting her community to
ration and equitably distribute limited war-time stables. While her grandmother spearheaded
efforts to raise funds and recruit nurses for the war, little Sue assisted in
any way practical, like distributing flyers and going door-to-door to collect niceities to be sent overseas to raise the
spirits of the men and women there. These early childhood experiences imbedded
in Sue a deep regard for community service and a major value for the thrifty
management of Red Cross and community resources. This heightened regard for
service to the community, practical approach to getting work done and
sensitivity for the effective management of resources is how Sue attends to the
work she does today.

Sue and her
family moved to the Salem area in 1968. She joined the Willamette Chapter of
the American Red Cross in the early 1970s (now part of the Northwest Oregon
Chapter). During her years with the Red Cross, Sue has served as a fund raiser,
organizational historian (like writing the chapter newsletter for years) and a
supporter of major undertakings. In addition, she has served on the board that
shaped the direction for that chapter.

One of Sue’s
early experiences at the Salem chapter dramatically shaped her fond regard for the
Red Cross. This was the construction of the chapter building in Salem. During
construction of the building, the organization’s bias for generating
involvement and creating a vested interest characterized much of the on-going
work. A particularly inspiring and memorable part of that process occurred when
community leaders and prospective volunteers were invited to tour the building
when it was only a shell. An afternoon was dedicated to allowing this core
group to ‘tag’ the structure; writing or painting on the skeleton the things
that had most impressed them about the Red Cross during their years of exposure, and capturing their
hopes for the chapter’s future contribution to the community.
“Many of those
tags showed me how deeply the Red Cross had impacted these people’s lives: During
the war effort at home and abroad, while fighting for their country and as
citizens benefiting from the services provided by Red Cross volunteers, like during disasters. What I saw
was emotionally overpowering. Just to wander around the building and explore
what had been written was an inspirational journey. And the lasting impact, in
some ways, was even greater.” Even though the building was now finished and
only the outer structure was visible, people would take friends and family to
various places in the building to point out special locations and talk about
what had been written here and there.” This building had truly come to belong to
the community and was clearly an on-going motivator for volunteers, new and
old.”
While Sue has
been involved in many aspects of the work of the Red Cross she says, “What I
most enjoy is being involved in the daily activity and getting to work
cooperatively with other volunteers; their dedication and loyalty are what
makes the organization come alive and helps to leave such a deep impression on
so many people we touch. Our volunteers are people who truly enjoy and relish
helping other people. That is what makes it so much fun to volunteer and
provides a tremendous amount of on-going nourishment. So often we encounter
people who have suffered crippling loss, but whose spirits can be raised in the
moment when our volunteers offer comfort and support.” On a personal level, in
spite of ups and downs in the organization, she says, “This generates the
energy that sustains me. That, along with the core credo that remains
fundamental to our organization. The organizational structure may change, and
at times be frustrating and confusing as we struggle with change, but the will
and passion of our volunteers continues to energize me!”
Red
Cross volunteer profiles are written by communications volunteer Patrick Wilson
and provide a behind-the-scenes look at some of the incredible people who help
to deliver our mission.