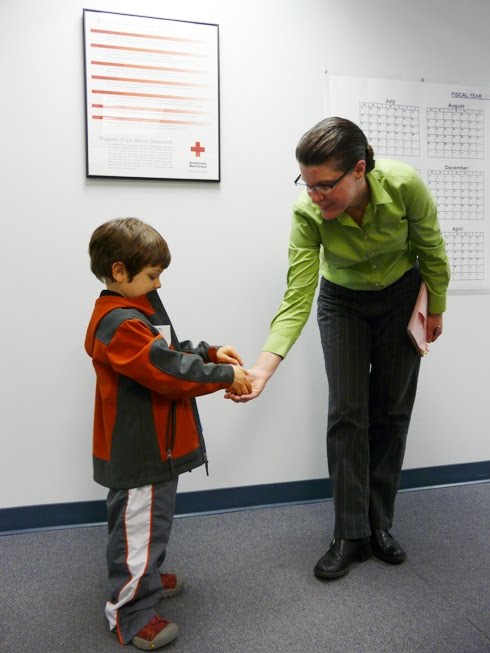 I just had to share this with you guys…

This little boy, Jamie, just now came into our office with a donation – of his own money – for the relief efforts in Haiti.
Apparently, after he saw news about the devastation he asked his mom if they could donate. She told him that they already had (thanks, Mom!), but that he could give his piggy bank money if he wanted.
And so he did – arriving in our office with an assortment of coins in his hands and a smile on his face. Alexis (also pictured above) accepted the donation and explained that it would help us to provide things like big pallets of food, medicine, or supplies that arrive on big planes. You could see his eyes start to get wide at the thought.
Such a sweet moment.
FYI, the American Red Cross has now committed $10 million to the relief efforts in Haiti. If you want to help, you can: