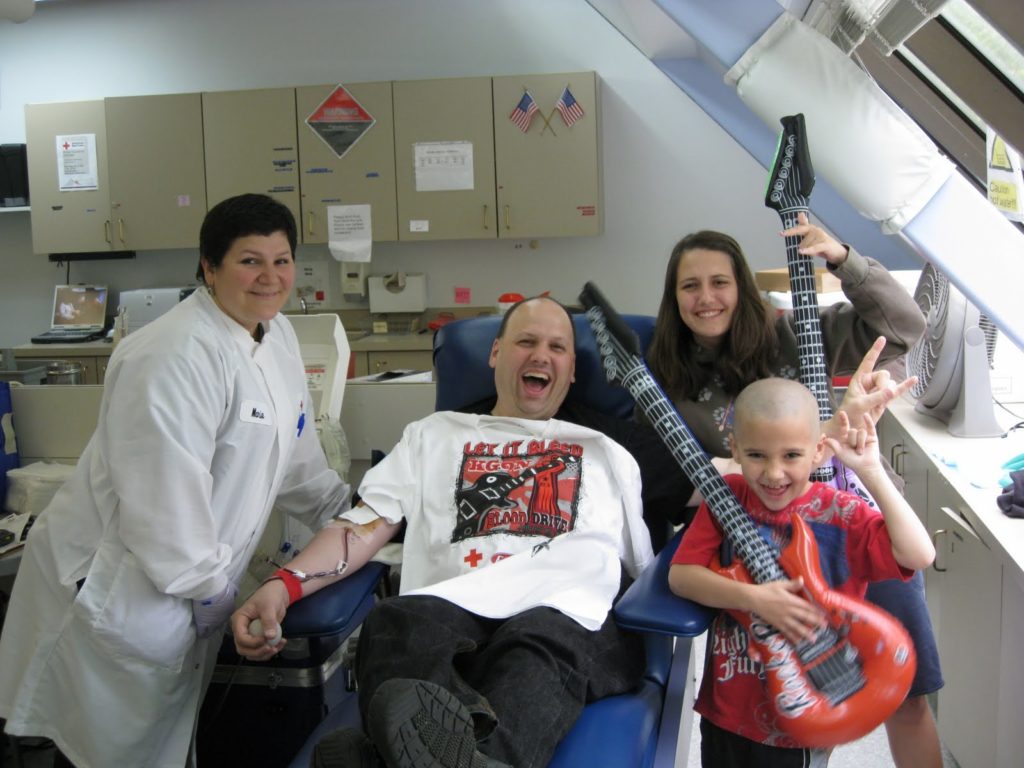 Alright, that was a lame attempt at alliteration, but there are some new photo albums to check out on Flickr!

KGON (92.3 FM classic rock) had an awesome and incredibly successful blood drive at the end of July. Check out the rock star blood donors, air guitars and more here.

Also, “Extreme Makeover: Home Edition” TV celebrity and blood donor advocate Lizzie Bell, who we’ve wrote about before, visted the Nike Campus right here in the Portland area! Employees and their families held a blood drive in Lizzie’s honor, and even put together “Beads of Courage” for other children with serious illness. Our photos made it back to the Tucson Morning Blend show in Lizzie’s hometown, but the photos also made it to our Flickr site!

Finally, last night, the Red Cross made an appearance at Couture Ultra Lounge (downtown Portland) for a First Thursday Ecopalooza Pre Party-Fashion and Art Showcase! We promoted, educated and raised funds for our Measles Initiative Campaign. Check out the photos here!

To find out more on the Measles Initiative, check out measlesinitiative.org. To give blood or platelets, call 1-800-RED CROSS or schedule your appointment online!