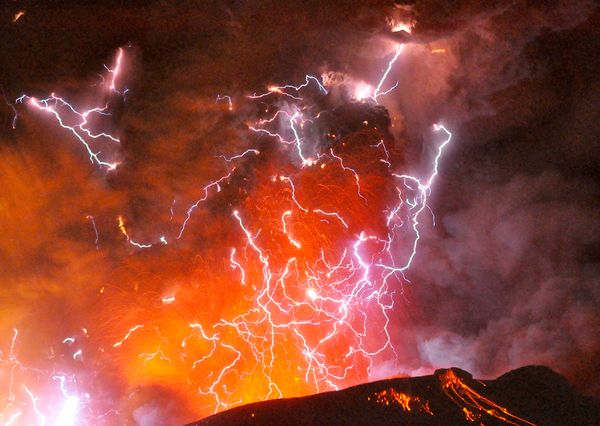 From National Geographic:
Lightning crackles over Japan on Friday (1/28) as ash and lava erupt from Shinmoedake peak, one of the calderas of the Kirishima volcano complex.
Shinmoedake began erupting Wednesday, coating nearby villages and farms with ash and prompting authorities to ask for voluntary evacuations within a 1.2-mile (2-kilometer) radius.
Volcanic lightning is still a mystery, though it may be that electrically charged silica—part of magma—interacts with the atmosphere when it flies out of a volcano, Steve McNutt of the Alaska Volcano Observatory told National Geographic News in February 2010.
Photograph by Minami-Nippon Shibun/Reuters