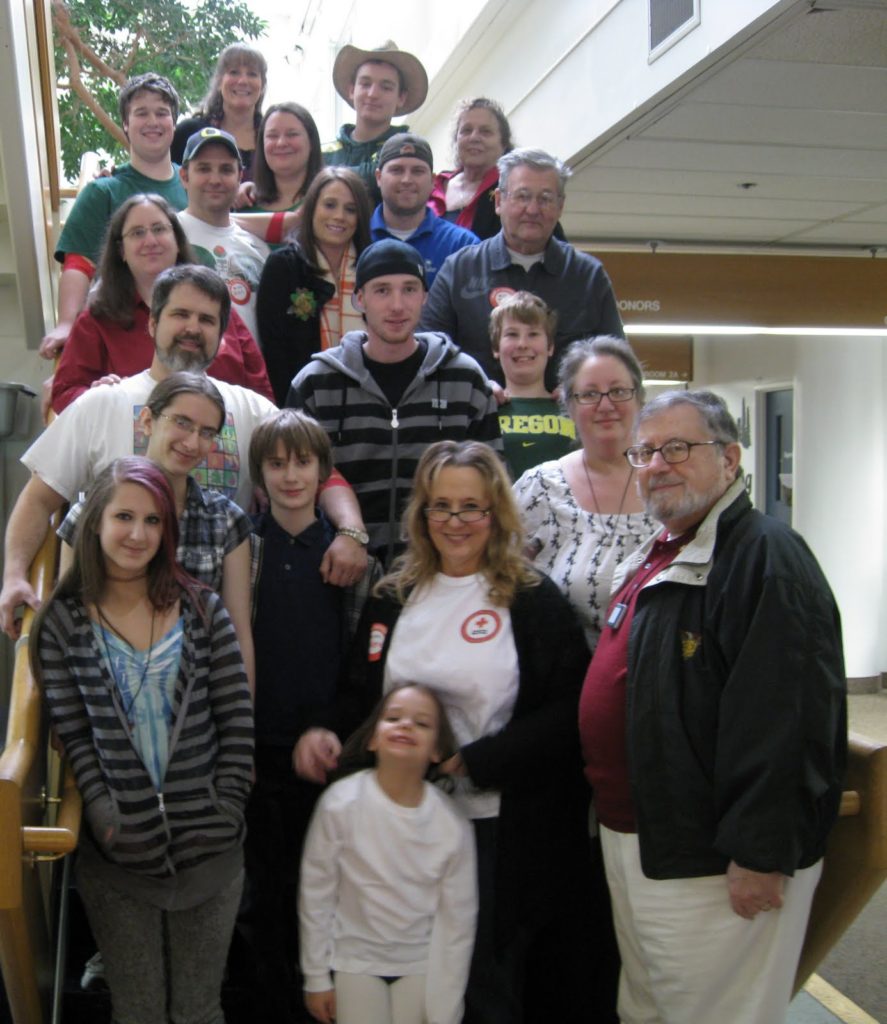 On January 7, 2012, four generations of the Weiss-Parker family assembled at the American Red Cross Red Cross Portland Donor Center, just north of Legacy Emanuel Hospital to give blood together as a family tradition for the thirty-seventh year! After giving blood, they continued their tradition by having family breakfast at a local pancake house.

Family representative, Sam Weiss, son of Morris Weiss, wants others to learn about giving blood to the American Red Cross. “In this day and age of families struggling to maintain a quality of family life, traditions such as this contribute significantly to the family bonding together. Bonding together not only as an extended family, but a family that has found a way to contribute to other families by their gift of life.”

The blood donation tradition was started by Morris Weiss in 1976 as a “Living New Year’s Resolution” and he demonstrated his commitment by donating 22 gallons of blood during his lifetime. “The family is continuing where Morris left off making just over 1,300 blood donations to help hospital patients in need” said, Daphne Mathew, American Red Cross spokesperson. “When you consider that blood can be separated into several different components –- often helping more than one patient — their contribution is even more impactful.”