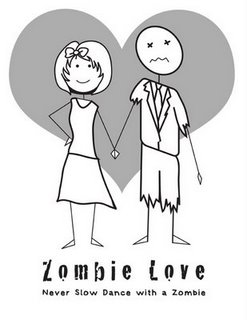 The Red Cross loves zombies. Well…more accurately, we love to prepare against zombies. From the latest Zombotica fundraiser to Ready Radio episodes to our virtual friends on Second Life, our undead awareness level exceeds most. Now, in addition to our zombie preparedness allies at NW Tactical Adventures, a new force has emerged in the battle for survival: Zombie Squad.

Their mission, as stated online, is “to increase its readiness to respond to disasters such as Earthquakes, Floods, Terrorism or Zombie Outbreaks.” They’ve partnered with the Red Cross to host blood drives and raise funds for Hurricane Katrina relief, as well as host paintball tournaments, zombie intelligence briefings (movie nights) and more!

I briefly met up with the local Zombie Squad during the “Enchantment Under The Dead Sea” dance for Portland’s annual Zombie Prom. With our similar missions, I predict a partnership in the future to ensure proper eradication (and preparation) for the zombie apocalypse…and a few more common disasters!