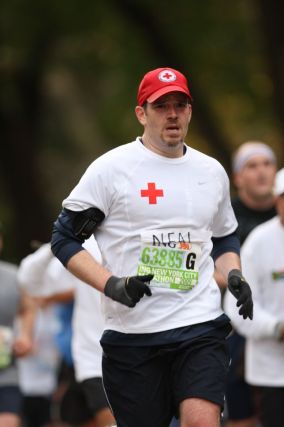 Does anyone remember the blog post on Neal Gorman? As Chairman of the Brooklyn Chapter of the American Red Cross, Neal is a big fan of our organization. He’s also an AmeriCorps Alumni, which, (I can say from experience) is another awesome group to belong to.

He started a fundraiser in October 2009 via Twitter and Facebook to support the Red Cross. Well, his running paid off because I just heard back from him on our blog and he raised about $3,400 from his efforts! Not only that, he’s been selected as a team member for the 2010 New York City Marathon! Keep on rocking it Neal.