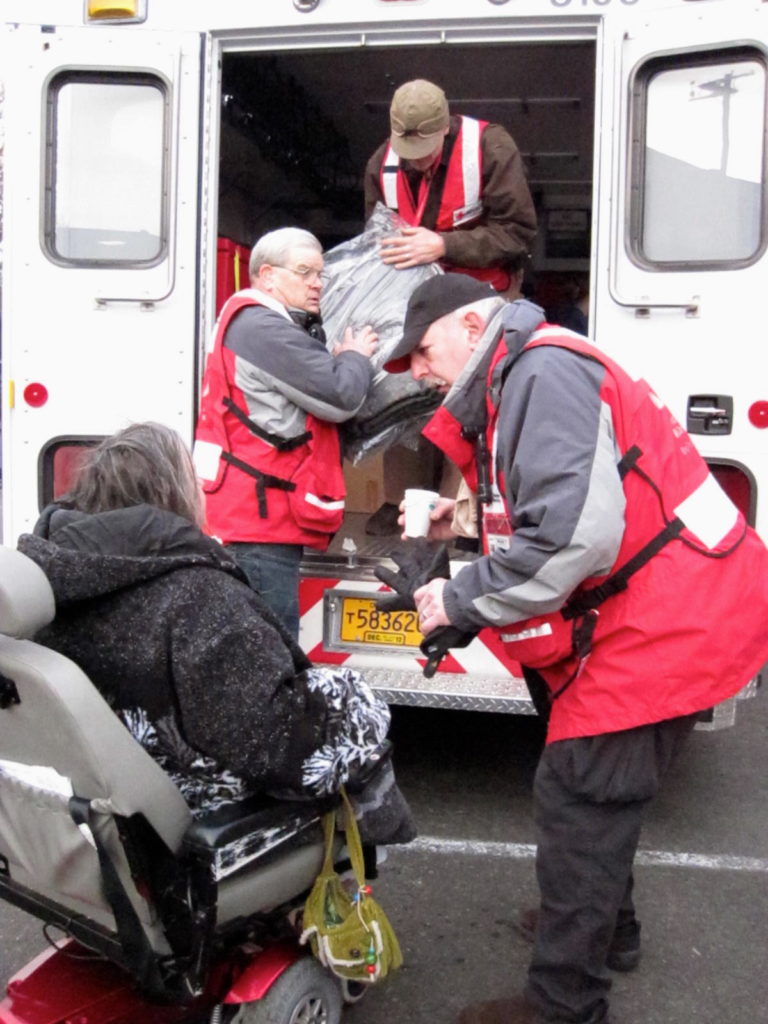 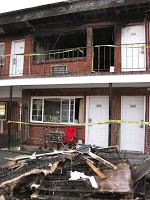 Oregon Red Cross Disaster Action volunteers are responding to an apartment fire on NE San Rafael. Two units were involved in the fire, however the Red Cross is also providing mass care to assist others living at the complex, due to what could be a prolonged power outage. The Red Cross will evaluate the emergency needs of the victims, and provide food, clothing, shelter and other assistance, free of charge, as necessary.
According to a story on the KOIN Local 6 news website, the fire was started by a faulty electrical heater, and caused about 12 units at the Portland Pensione apartment complex to lose power, displaced 25-30 people, and sent one man to the hospital.

Oregon Red Cross Disaster Action volunteers have responded and will help the three families displaced by the fire, as well as those who might not have power for a prolonged period of time.

A man inside the apartment where the flames broke out was taken to a hospital for mild smoke inhalation. He was in the shower, getting ready for work, when the fire started. His apartment and everything inside it was destroyed. Two other apartments have water damage from firefighters battling the blaze.

Neighbor Fred Barnum smelled the thick smoke and then saw the flames shooting from the upstairs apartment.

“I grabbed the fire extinguisher, but it was like a drop in the bucket; it didn’t do anything,” said Barnum.
Minutes later, fire crews arrived and put the fire out. Officials estimated $30,000 in damage was done.

Oregon Red Cross Disaster Action volunteers are currently providing blankets and hot drinks to those affected, and will be making an assessment of shelter needs shortly.