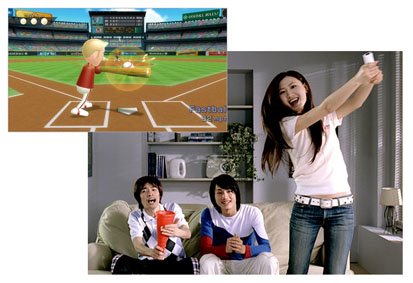 One of the more famous services the Red Cross provides are CPR classes. Heart disease, as we all know, is the leading cause of death in the United States. One of the most critical ways to prevent heart disease is to participate in physical activity for at least 20 to 30 minutes three days a week.

Another fast fact: According to the Entertainment Software Association, “Gamers spend an average of 7.5 hours per week playing video games.” Why bother with a video game statistic when discussing health? Because gamers may be healthier than the average American!

Specifically, it appears the Nintendo Wii has become a trendy way to get exercise. In a Time article studying the health effects of the Wii, Nintendo spokeswoman Perrin Kaplan originally discounted the idea, stating “It was not meant to be a Jenny Craig supplement.”

The Mayo Clinic thinks otherwise. After conducting a report on childhood obesity, the clinic stated that the Wii may be a great tool for burning calories. Personally, I feel the “Wii health revolution” should be embraced. If Americans seem to be choosing video games over films, why not encourage healthier habits?

So next time you feel guilty spending hours on Wii Boxing, don’t. Video games, when physically-engaging, can provide a fun substitute to the gym and an excellent preventative step from heart disease!

One thought on “The Wii: A Great Jenny Craig Supplement!”